Tweets by NetworkKinesis
Back to previous page
in evidenza

An Interview with Oliver Karolyi – Kinesis Intern in Navarra 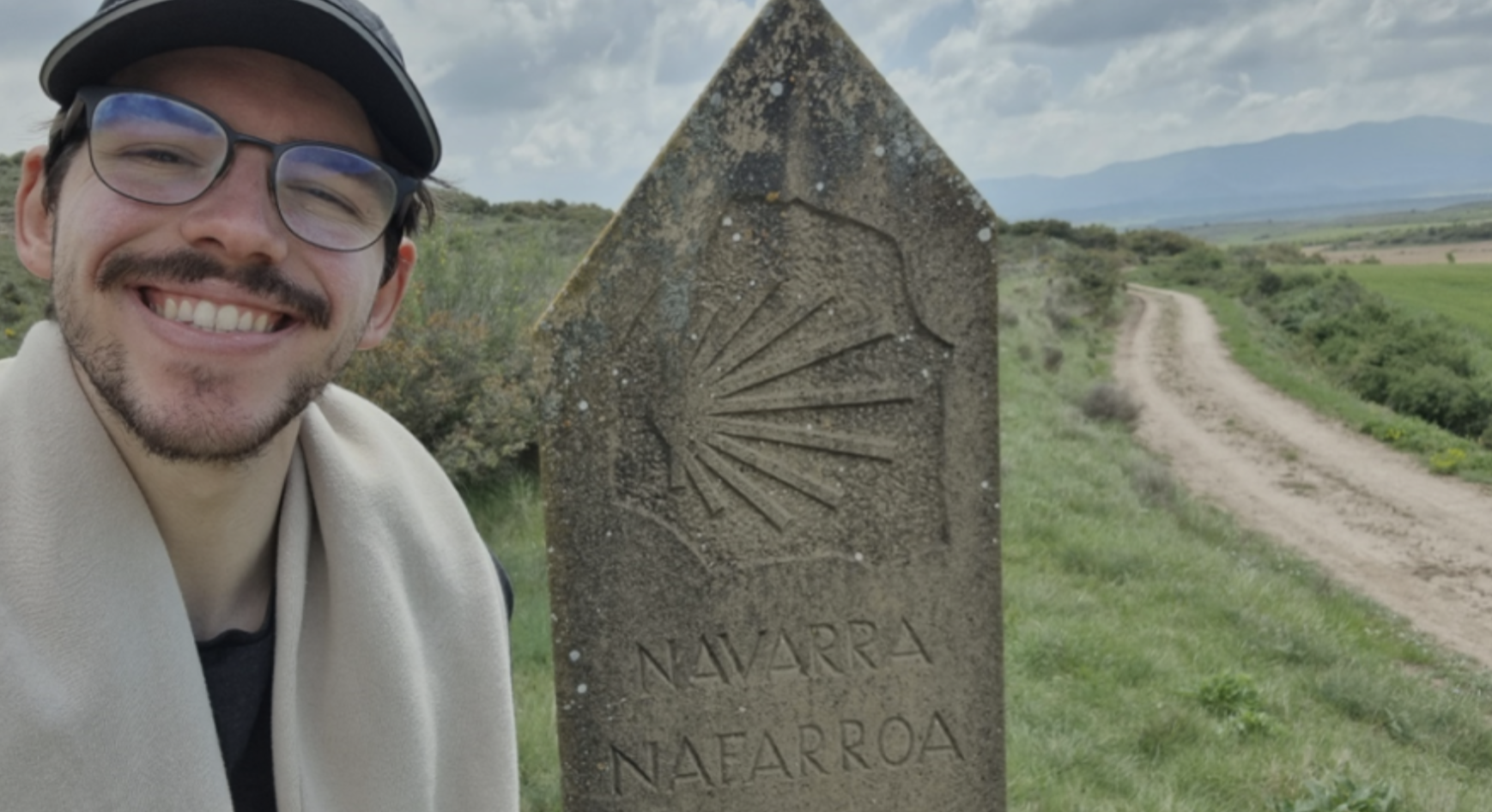 How does a Slovak studying in Holland end up at the University of Navarra?

I’m currently finishing my university studies, so I needed to find a final-year project to get the necessary credits to graduate. Kinesis offered me a project on the Camino de Santiago and, because I had studied Spanish back in Slovakia, I decided to take the project on. I had also heard about the Camino de Santiago before and was interested in the topic.

I thought that it could be an interesting project to help people living in the villages the Camino passes through, while at the same time learning and reflecting on my life, my future and to have a think about my past. So it was something that both parties would benefit from.

What activities have you taken part in with Kinesis?

I arrived at the beginning of March and my first objective was to discover Pamplona. To get to know the city, understand its people etc. After that I made sure to get in touch with people at the University of Navarra who could help me with the project. This is how, for example, I got in touch with Juanjo Pons - a teacher at the university - who has been a great help during this period.

Once I was settled in I set out to do field work. I began by doing the French Camino, because of its popularity and the push behind it. I wanted to see how it worked and what made it so popular. By the end of it I wanted to extrapolate my own conclusions about its popularity and understand how to apply these to the Aragonese Camino. In total, I walked 135 kilometres in seven days, 135 kilometres during which I could talk to pilgrims, hostal owners and people working in hospitality along the Camino. When I finished that, I returned to Pamplona and wrote down my experiences on this route of the Camino.

Once this work on the French Camino was done I embarked on the Aragonese Camino. Around 170 kilometres. It was a very lonely experience, as there were far fewer pilgrims than on the previous route. Unfortunately, I could not do as many interviews as I would have liked, due to the lack of pilgrims. But I did do a poll on Facebook and other forums used by pilgrims. I also spoke to hostal owners and am now preparing a plan to promote this route and make it better known.

What was the experience of doing the Camino like?

Without a doubt it has been an experience that has changed my life in a very positive way. I had time to think, particularly on the Aragonese Camino. The fact of being around so few people means you take refuge in your own thoughts a lot. I also really enjoyed the wonderful landscapes on this Camino.

Another thing to highlight is the fact you meet the same people every day. It strengthens bonds and this means the experience of the Camino is made more special each day.